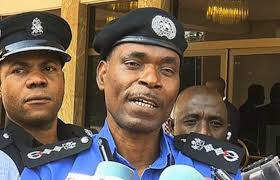 Mohammed Adamu, the Inspector General of Police, has paid a visit to the NYSC Orientation camp in Kubwa, Sun News reports.

The IGP and the Director General of the National Youth Service Corps (NYSC), Brig-Gen Shauibu Ibrahim, visited the Orientation camp in Kubwa on Friday, following the raid by hoodlums as a result of the #EndSARS protest.

IG Adamu assured the public that those hoodlums would be apprehended and prosecuted.

He said over 53 suspects were arrested while some looted items have been recovered.

Meanwhile, Director General of the National Youth Service Corps, Brigadier General Shuaibu Ibrahim, disclosed that palliatives were not stored in any of their camps across the country.

Ibrahim, who said they were preparing for the camp to be reopened on November 10, 2020, begged Nigerians not to attack their facilities.

He said the attack on the camp by looters was unfortunate as their duty was to train young Nigerians to better serve their communities.

Motion Sickness and how it Showed Me Shege