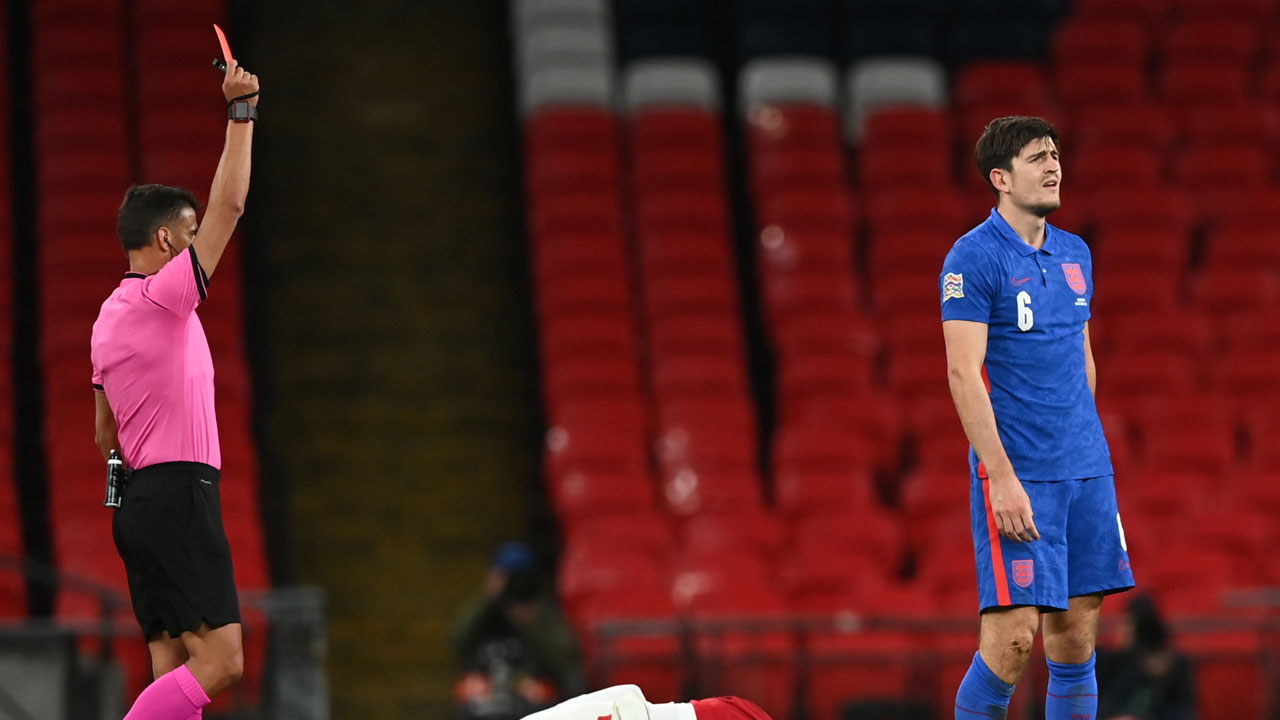 Southgate’s side suffered their first defeat for a year as Maguire was sent off for two first-half bookings before Christian Eriksen’s penalty sealed the Nations League points for Denmark.

Adding to the growing sense that Southgate is struggling to keep his players under control, Chelsea right-back Reece James marred his first England start when he was sent off after the final whistle for confronting referee Jesus Gil.

Following hot on the heels of Kyle Walker’s dismissal against Iceland in September, England has had three players sent off in a calendar year for the first time.

The rash of red cards comes amid off-field issues in which England players have shown questionable judgement this year.

Maguire was given a suspended sentence of 21 months and 10 days in prison after being found guilty of repeated bodily harm, attempted bribery and violence against public employees on the Greek island of Mykonos in August.

The conviction was nullified after he appealed, but the 27-year-old’s incident was followed by Phil Foden and Mason Greenwood being sent home from Iceland after breaching coronavirus protocols by inviting local women back to the England hotel.

It is an alarming sequence and Southgate conceded England’s players had only themselves to blame.

“It’s an obvious question we’re going to be asked. We’ve put ourselves in unnecessary positions off the pitch,” he said.

“Of course there have been things that haven’t been right. We have addressed them.

“The reds for Kyle Walker and Harry Maguire here, one yellow justified, one not so sure.

“We’ve got to learn from it because if you go down to 10, historically that means we’re out, especially if you’re doing it for an hour.

Barcelona vs Ferencvaros: Messi Not Playing Well This Season – Koeman